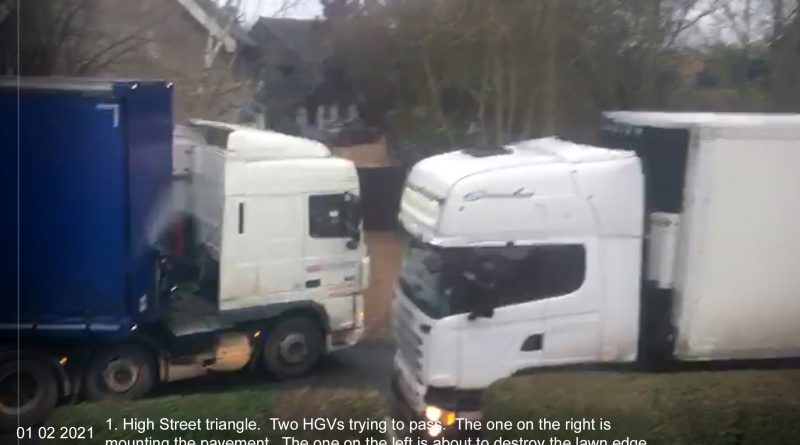 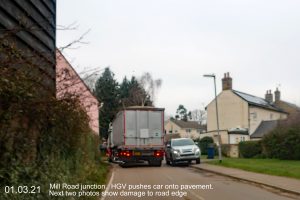 Many many thanks to all of you who completed the Residents Survey of HGVs driving through the village. The results were more than we dared hope for, some 116 of you replied.  You may have wondered what we found and what TWG plans to do with the results, and here is the first of what may prove to be several updates.

As you know, the survey was not organised by ‘tick boxes’.  We wanted to give residents freedom to express their views, but it presented us – well, Andy really – with the problem of sorting and organising those views which were expressed in so many different ways. But it has been completed, and attached you will find the results which we have submitted to the Parish Council for discussion at its meeting on Thursday (15 July).  It is a very large paper but a summary will be found at the beginning.  TWG is very grateful to Andy Martin for organising the survey. 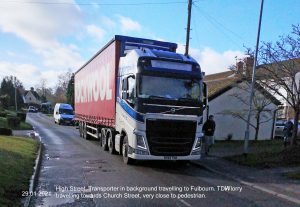 We realised that a bare list of statistics, while essential for showing your priorities, could not show the strength of feeling. We wanted to share those feelings and we decided that the report should include the complete, but anonymised, texts of all the emails that were sent to TWG, together with comments that were made on doorsteps.   It is not necessary to read them all, but even dipping in and out will give you a clear idea of residents’ concerns. 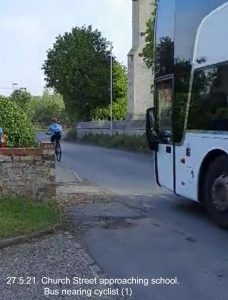 The major concerns are safety and the speed of traffic through the village. The desire for a 20mph speed limit was another priority, and there were real worries from many of you, not just the parents of schoolchildren, about the school crossing.  We had a touching comment from a pupil too. The photographs attached may provide just one reason. 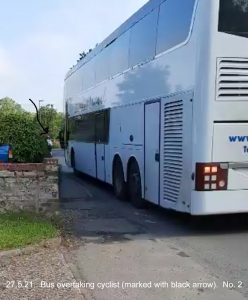 The outcome of the survey is available here for the benefit of the wider  community.

The post includes some of the large collection of photos and videos of HGVs and the damages and dangers they create in and to the village which have been collected by TWG.  TWG  is seeking permission from the Parish Council to post more photos on the web-site. 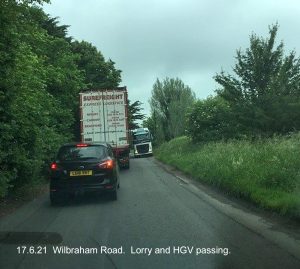 Further surveys, counting HGVs and other vehicles coming through the village, are under way.  Gareth Burton has a group of volunteers who sit counting from 5.30am until 10pm, and will do so over several days. TWG intends to use the results to strengthen its arguments further.  Many thanks to Gareth and his volunteers. 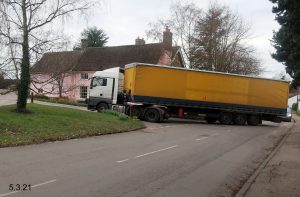 There is still a lot to do and several councils to persuade.  Much as TWG would like to, it cannot promise you quick solutions, although it has managed to prompt some minor work which is already in hand. We are continuing to develop ideas and gather evidence which we will keep discussing with the councils, and TWG will make sure that those with the power and authority are kept informed of your wishes and concerns.

For the Transport Working Group 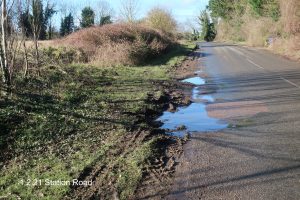